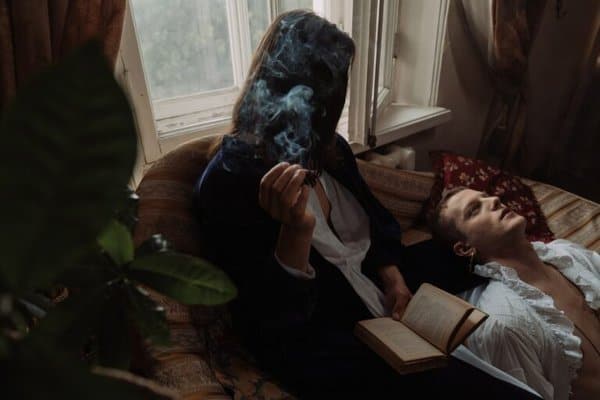 Oftentimes, people who don’t use cannabis are worried about the effects of secondhand weed smoke. The most common concern is failing a drug test because of inhaling secondhand marijuana smoke.

The National Institute on Drug Abuse has an article about secondhand marijuana smoke, its effects if non-users will test positive in a drug test because of secondhand cannabis smoke exposure. Let us find out more about these in this article.

Will Secondhand Weed Smoke Show Up In a Urine Test? Will I Test Positive for Weed?

But for THC to show up in a drug test of a non-user, there must be some conditions to take note of. Non-users may have a positive drug test or tested positive for THC when the following are considered:

A study about the effects of secondhand marijuana smoke on non-smokers confirmed that room ventilation plays a crucial role in drug testing. In the test from the secondhand smoke study, a group of people was placed inside a non-ventilated room and half of the group smoked weed while the others remained inside. This test from secondhand smoke considers the effects of smoke on non-users and users. The room used had an extreme lack of ventilation.

The same test was conducted again but this time, it was inside a well-ventilated room or a well-ventilated area. After the test, the non-smokers reported no feelings of dizziness and all performed well on logic tests and motor tasks. These tests prove that smokers must consider room ventilation when smoking weed especially if there are other people nearby.

The Concentration of THC in Weed – Cannabis Potency

Marijuana comes in a variety of strains with some strains containing more THC than other strains. High THC weed can cause severe psychoactive effects including anxiety, dizziness, headaches, poor focus, and sleep disruptions.

Whether you’re a smoker or a non-smoker, people have different metabolism. Some people can metabolize THC faster than others. People with more body fat tend to store THC longer and thus, they experience the effects of THC longer. Meanwhile, those with less body fat are unable to keep THC in their bodies. THC is reabsorbed and released through the urine faster than those with higher concentrations of body fat.

The ability of a person to absorb THC also depends on the person’s health. Nonsmokers exposed to somebody else’s smoke with strains with high THC concentration tend to yield a positive result.

The Accuracy of the Test Used

Drug tests vary; some are accurate while some are more accurate, even the smallest amount of THC may be detected in the blood, urine, or saliva. Very accurate tests can detect THC in non-smokers who were exposed to secondhand smoke. Standard drug tests may not be as efficient while high-tech tests have lower cut-off levels on certain drugs which is why most users, even secondhand users fail.

How Long Does Secondhand Smoke Stay in Your System?

Thus, if you’re inside an unventilated room together with cannabis smokers/users, there is a possibility that THC can be detected in your system. And just like a user, THC from secondhand smoke exposure will remain only a few hours in a non-user’s body. The following factors also affect non-users.

Secondhand smoke stays longer in a poorly-ventilated room as this stays in the body as well. Marijuana smoke contains THC and when inhaled, remains inside the body for a brief period. As you may know by now, THC is stored in body fat. A person with more body fat tends to have higher THC levels.

Cannabis users may smoke weed for recreational or medicinal purposes but this comes with added responsibilities. Users must consider the well-being of non-users as well. They need to make sure that non-smokers/non-users, especially young children, must not inhale secondhand smoke. Here are some ways to keep secondhand smoke away from non-users.

Weed users must be responsible enough to smoke privately or at least, away from non-smokers. When smoking as a group, they must select a venue that’s away from other people or from those who cannot tolerate marijuana smoke and avoid secondhand marijuana smoke.

Even in places or cities where recreational use of marijuana is permitted, there are certain rules to be followed. Usually, smokers may smoke a joint or toke pot from a restaurant with outdoor dining features or in a secure area like a park or beach.  Smoking inside a house is also allowed. Meanwhile, smoking pot near a playground, school, or in an apartment complex is not allowed.

Improve Ventilation in Your Home to Avoid Secondhand Exposure

Even if you live alone, improving your home’s ventilation is something that users must keep in mind. A visitor who is unable to tolerate weed may find your home unwelcoming. Also, improving ventilation enhances the safety and well-being of the user. Proper ventilation can reduce stuffiness and remove unpleasant odor inside a home.

Consume Cannabis Through Other Means

Instead of smoking or vaping cannabis, users may consume it using other methods that don’t involve burning or inhaling the product. One of the most popular methods is eating edible cannabis. Edibles are available in many forms including pastries, candies, drinks, teas, and many more.

Edibles are easy to consume and are available in different dosages. Some edibles have high THC content per serving such as weed gummies and weed chocolates. Eating edibles let you be in control of your high plus, there’s no annoying marijuana smoke that people around you will inhale.

But as there are benefits to using edibles, there are some disadvantages too. Edibles need to pass through the digestive system before these are absorbed and therefore, it takes time to feel the high. Also, it’s easier to consume more than what you need when taking edibles because it’s food.

Consider all these factors when you’re worried about secondhand smoke effects especially when you’re taking a drug test.

Bikas Gurung is a human rights activist representing International Drug Policy Consortium (IDPC) and United Nations Strategic Advisory Group on drug use. He received his Master’s degree in Public Health from Chulalongkorn University in Thailand and has been recognized for his work by winning "The Best Film Award" at the 2013 Harm Reduction Conference in Vilnius, Lithuania.